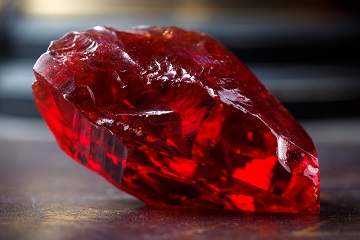 In the late 17th century the Philosopher’s Stone was the most sought-after gold in the world of alchemy. According to the legend the Philosopher’s Stone could transform ordinary metals such as copper and iron into precious ones like gold and silver. It was also believed to be an elixir of life with the power to cure ones illness and even grant immortality to those who possessed it. There are many descriptions of the stones appearance the most well-known being a red stone it was also referred to as an orange stone. When the stone is in its solid form it often appears as a transparent and glass-like object in the shape of an egg. There are many sources that believe The Philosopher’s Stone may not have even been a stone at all.

When searching for the stone alchemists examined countless substances, this would build the base knowledge for fields we know today as chemistry and pharmacology. Many of the world’s brilliant minds search for the Philosopher’s Stone over the centuries including Roger Boyle who is considered the father of modern day chemistry. Even Sir Isaac Newton mentioned the Philosopher’s Stone and some of his work.

Also Read : The Full Story Of Kratos From God Of War

When discussing the philosopher’s stone the one name you will not miss is Nicolas Flamel. Flamel was a French bookseller who lived in Paris during the 14th and 15th century. In 1382 thermal claimed to have transformed lead into gold after decoding an ancient book of alchemy. We most likely will never know if this was true. However the historical record show that Flamel did come into considerable wealth around the time he made his claim and donated all of his riches to charity. It was after his death that Flamel became so heavily associated with the stone. There are those who believe that having achieved immortality Flamel faked his death and continued his work on the stone.

Fans of JK Rowling’s Harry Potter will recognized Nicolas Flamel and Philosopher’s Stone as they feature in the first book and film with it originally be entitled Harry Potter and the Philosopher’s Stone. The concept of being able to turn metals into gold attracted the attention of many over the years who saw the legends of the stone as a chance to make a fortune Rudolf II the king of bohemia found himself in financial difficulties and decided to invest heavily in the search for the Philosopher’s Stone. Large amounts of alchemists were funded and promised hefty rewards if they could find the secrets of the stone. Rudolf was never able to find the stone become an insane in the process he was later death drowned by his relatives. It is not known if his madness was due to natural causes or the misuse of toxic remedies that he believed to be the philosopher’s stone.

One of the most famous frauds was Edward Kelly who claimed to have possession of the Philosopher’s Stone. He had small amounts of white and red powders which allowed him to turn heated mercury into gold. Kelly did enough to convince Rudolph of his claims and receive large amounts of support and money. Eventually Kelly’s magical powders would run out lead in Rudolph to jail him in his tower he would later die from injuries sustained attempting to escape the tower. The Philosopher’s Stone has intrigued scientists for centuries and even to this day remains a mystery.